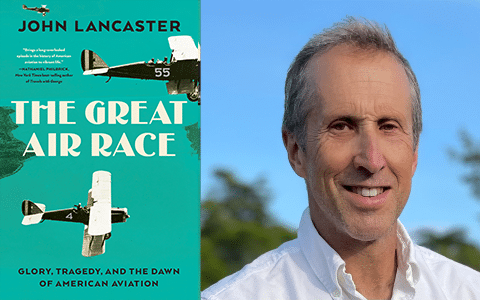 The Great Air Race reclaims one of the most important moments in the history of American aviation: the transcontinental air race of October 1919 that saw scores of pilots compete for the fastest roundtrip time between New York and San Francisco in frail, open-cockpit biplanes. Riveting the nation, the aviators—most of them veterans of the Great War—pioneered the first coast-to-coast air route, braving blizzards and driving rain as they landed in fields or at the edges of cliffs. Bringing the pilots and the race’s impresario, Billy Mitchell, to vivid life, journalist and amateur pilot John Lancaster captures the challenges of flying in that almost prehistoric age—the deafening roar of the engine, the constant fear of mechanical failure, the threat posed by mere rain. As he demonstrates, the race, despite much drama and tragedy, was a milestone in the development of commercial aviation. The Great Air Race is a captivating story of man and machine, and the debut of a major new popular historian.

John Lancaster is a journalist who spent most of his career at the Washington Post, including eight years as a foreign correspondent based in Cairo and New Delhi. His writing has also appeared in National Geographic, The New Republic, and the 2008 edition of Best American Travel Writing, among other publications. John learned to fly on Nantucket in 1980. In 2019, as part of his research for The Great Air Race, he retraced the 5400-mile route of the transcontinental race—from Long Island to San Francisco and back again—in his two-seat light sport aircraft. He lives in Sconset and in Washington, DC., with his wife, Gail Walker, an attorney.