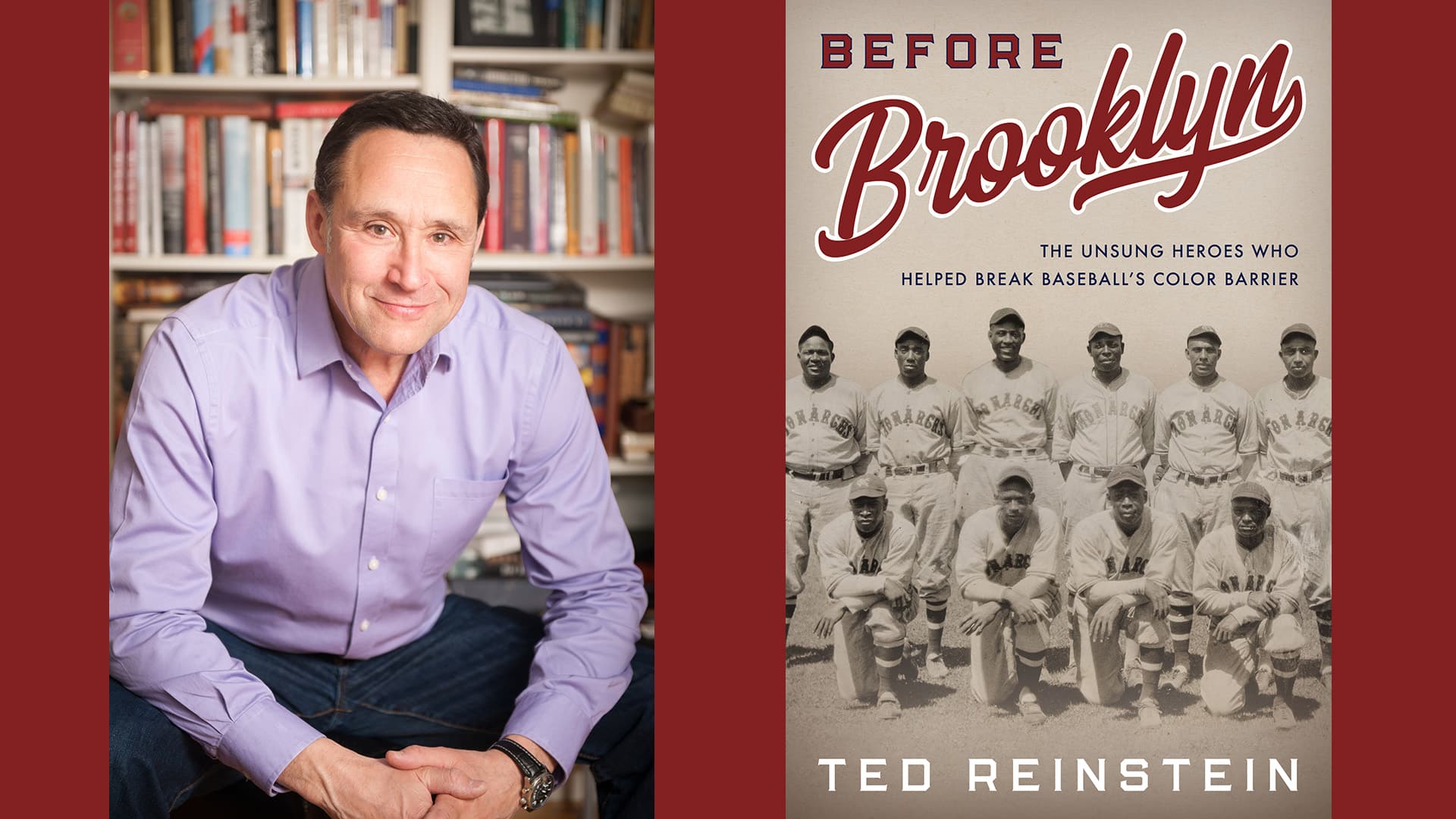 Before Brooklyn is the story— and largely lost to history—about a small army of men, women, and institutions of many types who fought for many long and bitter years prior to Robinson’s triumphant debut in Brooklyn. This hidden story includes former stars of the legendary Negro Leagues like Satchel Paige, Josh Gibson, Oscar Charleston, and “Cool Papa” Bell. It includes the founder of the Negro Leagues themselves, the inexhaustible and indomitable Rube Foster, whose own story is both inspiring and tragic. It includes the Black press whose publishers and courageous journalists like Robert Abbott, Sam Lacey, Ida B. Wells, and Willa Bea Harmon raised the consciousness of Americans both Black and white to the ugly, racist underside of the national pastime.
About Ted Reinstein:
Since 1995, Ted Reinstein has been a reporter for Boston’s WCVB-TV’s “Chronicle,” the nation’s longest-running locally-produced nightly-newsmagazine. He has also been regular contributor to the station’s political roundtable show, “On the Record.” Ted has been a member of the WCVB editorial board since 2010.

His first book, New England Notebook: One Reporter, Six States, Uncommon Stories, was released in May, 2013 by Globe-Pequot Press. National Geographic Traveler named it one of its “Best Picks.,” He is also the author of Wicked Pissed: New England’s Most Famous Feuds (Globe Pequot Press/2015), and co-author, with his wife, Anne-Marie, of New England’s General Stores: Exploring an American Classic (GPP/Rowman-Littlefield, Fall 2017). His most recent book is Before Brooklyn: The Unsung Heroes Who Helped Break Baseball’s Color Barrier (Lyons Press/Fall 2021). Ted is a native of Winthrop, Massachusetts, and lives just west of Boston with his wife and two daughters