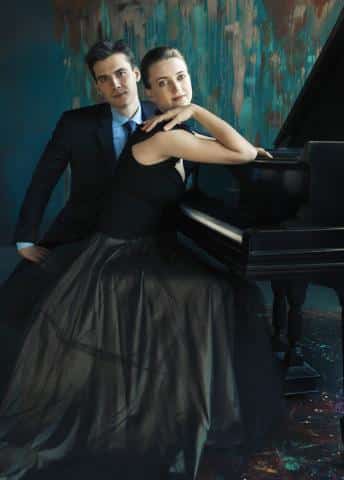 Praised for their “stirring performances of rare repertory” (Fanfare Magazine), SHELEST PIANO DUO is a husband and wife team of Anna and Dmitri Shelest that takes their roots to the music school in Ukraine. At their official Carnegie Hall debut in February 2018, their CD Release of Ukrainian Rhapsody brought the renewed attention to the music of their homeland. Since then, the CD has been featured as the Album of the Week on a number of radio stations nationwide (KUSC Los Angeles, WCRB Boston, etc.) Having been classmates since middle school, the Duo began performing together after their marriage in the US. Their inventive programs brought them to a broad array of venues from concert stages to state functions, and, in words of Secretary-General of the United Nations Ban Ki-moon “realized diplomacy through music”.