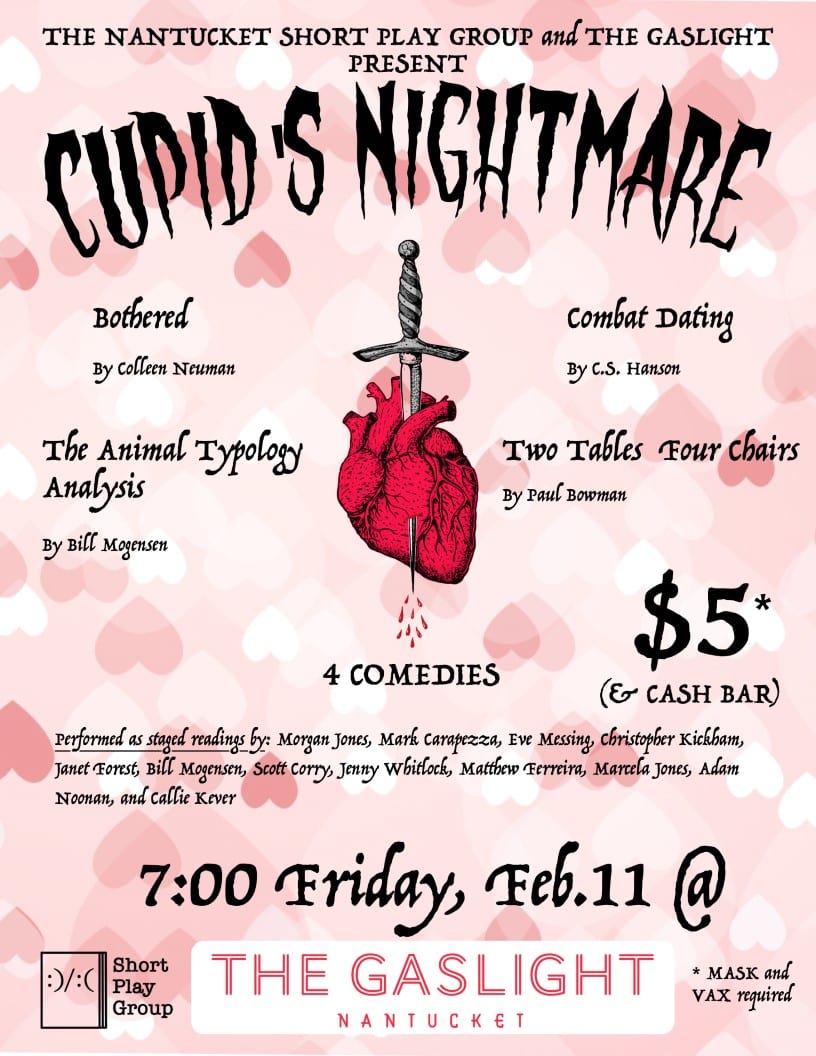 The Animal Typology Analysis, by Bill Mogensen, directed by the playwright.

Cupid’s Nightmare is a theme we’ve offered every February for many years.  The Gaslight has generously offered to host us and serve up some libations to drown your love sorrows next weekend.  Plays are selected from our national Short Play Competition, running annually since 1992!  30 years. One of the oldest Short Play Competitions in the country. Each fall we receive over 100 plays from all across the country and spend the winter reading them to select the winners.  Could be any subject, any style, but compelling characters are at the heart of theatre.  We look for engaging people, intriguing conflict, entertaining dialogue and a surprising resolution that will make us think.  That’s what makes a good play and what we’ll do our best to present to our audience in a staged reading format.