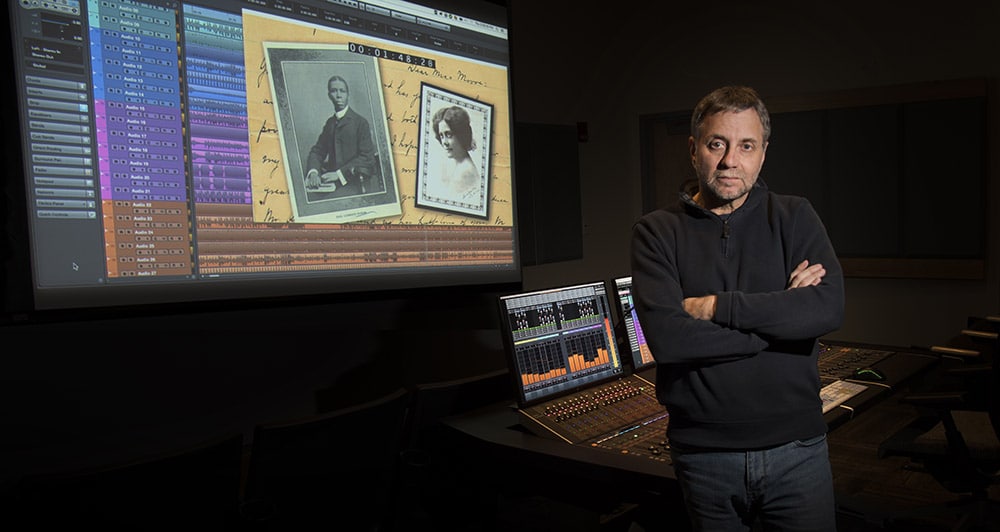 A decade in the making, Beyond the Mask is the documentary on the like and legacy of the first African-American to achieve national fame as a writer. Born to former slaves in Dayton, Ohio, Paul Laurence Dubnbar (1872-1906), is best remember for his poem, “We Wear the Mask,” The poet Maya Angelou’s first memoir I Know Why the Caged Bird Sings” comes from a line in his Poem. Dunbar is the story of the African-American experience around the turn of the century.

About the Filmmaker: Frederick Lewis

Writer, director and co-producer Frederick Lewis is a professor in the School of Media Arts & Studies at Ohio University. His previous documentaries have been seen on PBS stations throughout the U.S. and been screened at more than 90 cultural/educational venues including the National Gallery of Art, the National Civil Rights Museum in Memphis, Rhode Island Black Film Festival, the Lake Placid Film Forum and the Explorers Club in NYC. Professor Lewis is a recipient of the Presidential Teach Award, Ohio University’s highest honor for transformative teaching, curriculum innovation adn mentorying. He has served as a Fulbright Specialist in Hungary and has taught or lectured in England, Germany, France, Malaysia and Vietnam.