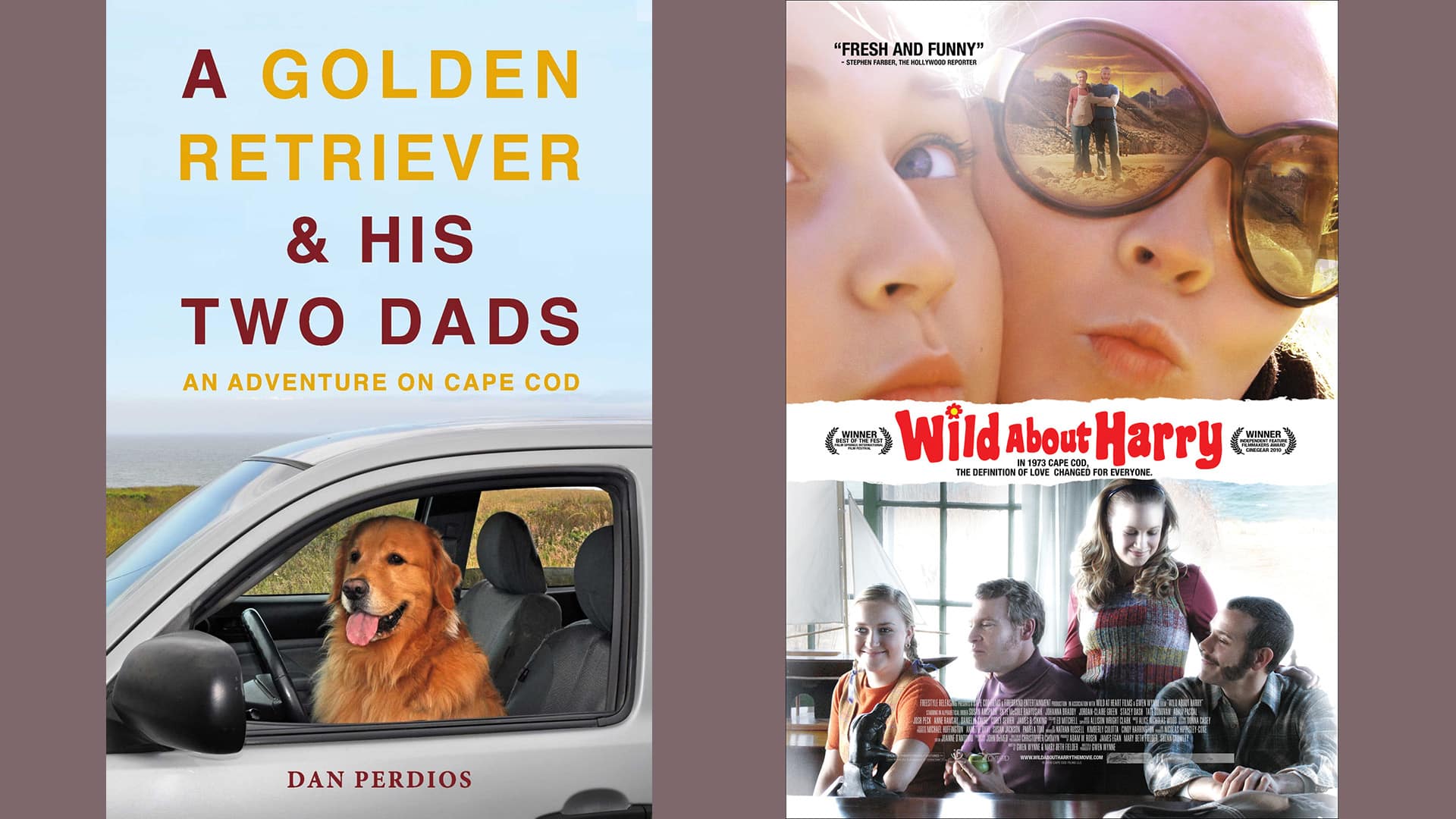 Nantucket Atheneum is excited to host a film screen and book signing to close out Pride Month. Join us in the Great Hall to view the film Wild About Harry and get a signed copy of A Golden Retriever & His Two Dads.

About the Wild About Harry

Everybody in Dennis, Cape Cod thinks that HARRY GOODHART (Tate Donovan) is quite the catch. Harry, a handsome Englishman, has just moved to this seaside destination with his teenage daughters, MADELINE (Danielle Savre) and DAISY (Skye McCole Bartusiak). Madeline and Daisy, however, are determined to keep their recently widowed father away from the swarm of female suitors, such as the beautiful journalist, JOY (Stacey Dash), and the manic matchmaker, MRS. BROWN (Anne Ramsay). That is until one night, when Madeline’s new high school friends take her to a notorious underground disco in Provincetown. Through the throngs of drag queens and gay men, Madeline sees her father dancing with a man. Alternately funny and heartbreaking, this thought provoking family comedy is as relevant today as it was in the 1970s when America was in the midst of social upheaval as it redefined the meaning of love and family.

About A Golden Retriever & His Two Dads

A Golden Retriever & His Two Dads is a nonfiction novella about a Golden Retriever named Willy, who introduces his dad to a handsome guy. A relationship ignites. Together they take off to Cape Cod to make an independent film. The drama of the movie mirrors the story of their lives. Part travelogue, part romance, part Hollywood, this is a thoroughly entertaining dog adventure you won’t want to miss.

The screening will be followed by a book signing.
Free admission. Masks Required.